A Journey to Mother’s Day

This is a little bit of a personal post, switch off now if that’s not what your here for. Today is mothers day and I for one know that this day isn’t easy for everyone. My social media has been filled with pictures of Mum’s and messages and it got me thinking about the people behind the picture and there story of how they embarked on this journey into motherhood. I don’t know theirs but I do know mine.

We began trying for a baby and after a few months of trying it started to become very stressful. We had decide to have a baby now where was this baby we desperately wanted! A few more months passed and I took a trip to the GP who said everything was probably fine but that they would run some tests. Tests came back great no problems, this didn’t really help (I needed a reason). I found myself in tears as every month passed, sitting on the toilet wondering what we were doing wrong. Eventually I did become pregnant we were ecstatic it had worked we stared at that magic test which may aswell have had the words ‘pregnant’ in big flashing neon lights on it. I was in an early pregnancy haze and had already begun to imagine what this little person would be like. 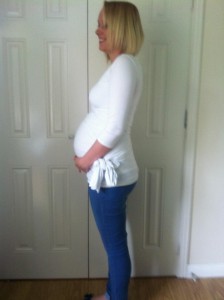 This haze was short lived and actually turned into a living nightmare I began to bleed (tmi). Another trip to the GP who said just go home and rest, try not to worry but I knew something wasn’t right. Eventually we were sent for a scan where the sonographer told me I wasn’t pregnant. How could this be? I had carried on doing regular tests, I felt numb, my world had crashed around me. She must be wrong, she asked me to go and take a pregnancy test (as if maybe I was lying, or that’s how it felt). The test was positive, further scans showed that in fact I was experiencing an ectopic pregnancy. I could barely speak and yet I had to make lots of decisions, I had blood tests, Doctors, nurses and options. I had decided to try a drug which was injected into my thighs which basically would stop the pregnancy an overnight stay and I was waiting for the inevitable to happen, well actually I wasn’t really sure what was supposed to happen. Weekly blood tests after to analyse pregnancy hormones showed they were reducing but very slowly. Almost a month after I collapsed in pain and was rushed to hospital where long story short I ended up losing a Fallopian tube. I had drains, oxygen, medical students wanting to hear about my rare case. I was devastated it didn’t matter what people said. I’ve heard it all ‘it will happen’ ‘everything happens for a reason’ ‘give it time’ blah blah blah. Actually I don’t want to give it time I want to be pregnant. I then had to endure follow up appointments surrounded by pregnant women, glowing and rubbing there lovely bumps. I dreaded finding out friends were pregnant and even avoided having to make eye contact with pregnant people. 3 years on and I actually conceived easier with one tube and have 2 beautiful children and I really am truly blessed. 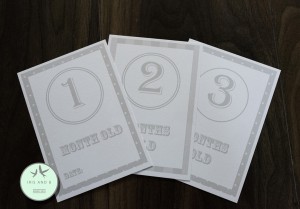 Anyway I’ve rambled on enough I guess what I’m saying is that we don’t always know the full story behind a picture, comment or status so we should just try and support each other however that may be. Perhaps it’s celebrating in others joy! I absolutely love hearing people’s baby announcements (now) and try and remember the story behind the announcement. If anyone is reading this who is trying I know exactly how you feel, I’ve been the crying mess in the toilet remember. Want any advice on ttc or recovering from an ectopic pregnancy feel free to pop me a message. I hope is might have brought a tiny bit of hope or comfort. 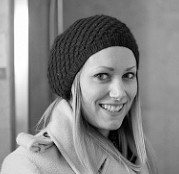